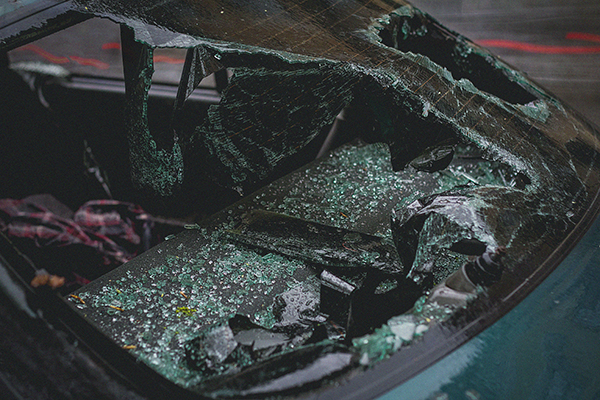 The vast majority of car accidents are caused as a result of human error. There are dozens of potential driving errors that can lead to a crash, whether the mistake is your own or the negligence of another driver.

If you have been injured in an accident, our experienced legal team can provide information about the legal process of seeking compensation for your injuries and the services our firm can provide to assist you in this endeavor.

Read on to learn more about five of the most common car accident causes and how to avoid them.

According to the National Safety Council (NSC), speeding is a factor in slightly more than a quarter of all traffic-related fatal accidents, resulting in the deaths of about 25 people a day. Speeding causes the driver to have less time to detect and respond to a hazard, while also creating the need for more distance for the brakes to pull the vehicle to a complete stop. It also increases the severity of the accident and reduces the ability of the vehicle's safety features to work properly, including the seat belts and airbags.

Sometimes, you may not even realize you are speeding. You may be driving with the flow of traffic or accelerating subconsciously.

You can avoid an accident caused by speeding by doing the following:

In terms of the number of deaths, alcohol impairment is not only one of the most common causes of car accidents but also one of the most deadly. Alcohol impacts the body's central nervous system, creating deficits in the skills the driver needs for the safe operation of the vehicle. Some of the driver skills that become impacted as a result of drunk driving include:

All drivers are aware that they should never get behind the wheel while impaired. However, you may not consider the fact that even though you are sober, there may be drivers on the road who are not.

You can avoid an accident caused by alcohol impairment by doing the following:

For the vast majority of us, life has gotten busy these days. Distracted driving is another major cause of car accidents, with texting being the most concerning type of distraction. This is because a texting driver is not only manually distracted by holding the phone rather than placing both hands on the wheel, but they're also cognitively distracted as their thoughts are on the communication and visually distracted because they are looking at their phone instead of watching the roadway. Because of this, it is now estimated that nearly a quarter of all traffic crashes involve a driver who is texting or otherwise engaging with their handheld phone at the moment the accident occurred.

It can be difficult to keep yourself from checking an incoming text message when you’re driving. You may think you can quickly glance at the message to determine if it’s important or can be addressed later, however, the flow of traffic can come to an abrupt stop or a hazard can appear on the roadway at any moment.

You can protect yourself from being involved in a distracted driving incident in the following ways:

All drivers are required to yield the right-of-way to other road users in certain circumstances, such as yielding to other lanes of traffic at stop signs or red lights, merging onto the interstate, yielding to pedestrians at crosswalks, or even yielding to trains at railroad tracks. Failure-to-yield accidents often occur in intersections as these are the places where all directions of traffic converge.

A broadside (T-bone) accident is a common type of crash to occur as a result of one driver failing to yield to another. These accidents feature the front of one vehicle colliding with the side of another vehicle. They commonly result in severe injuries to the occupants sitting on the side of the vehicle that is struck due to the relative lack of impact protection afforded by a car's doors.

You can avoid a failure-to-yield accident in the following ways:

Aggressive driving refers to a series of behaviors that drivers often exhibit when attempting to evade traffic congestion. These behaviors are exhibited with ill intent or disregard for the safety of others and can include activities such as:

Aggressive driving should not be confused with road rage, which often features the same driving behaviors but also involves an attempt to cause someone else harm or to punish other drivers by attempting to run them off the road; honking, gesturing, or exiting the vehicle to physically confront a driver; or even brandishing or using a weapon against another driver.

You cannot control another driver’s behavior, but the following tips will help you prevent a collision with an aggressive driver:

If You've Been Injured in a Car Accident, a Personal Injury Lawyer Can Help

Car accidents come with their own unique—and often confusing—facts. Let an experienced personal injury lawyer from our firm help you understand the process of seeking compensation for your injuries. Our attorneys can provide answers to the questions you have about your case and tell you more about your options. We can also explain our role in such proceedings and the convenient contingent-fee billing method that can allow us to provide our services without an upfront payment from you. Contact us for a free case evaluation today.