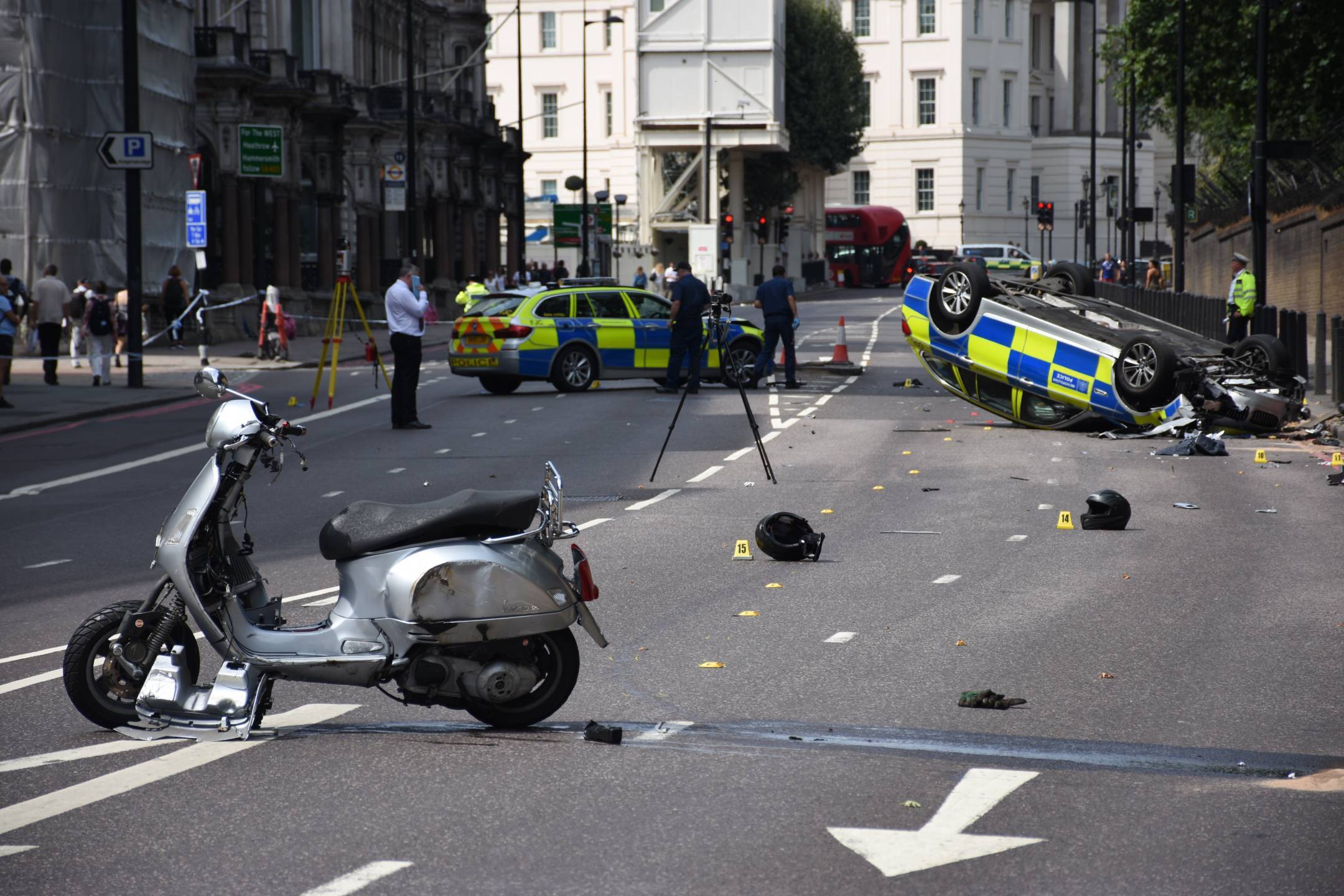 Motor Scooter Moped Accidents Account for a Significant Amount of Injuries in Florida.

Have you been in a Scooter Moped Accident?  Whether you are a local or tourist roaming the cities of Miami Beach and Downtown Fort Lauderdale, there is a solid chance that you will be surrounded by swarms of electric scooters and bikes.

You may have witnessed them all over the country, especially now that you can download the ‘Lime’ app easily from your smartphone in order to take one of these scooters for a cruise around town and drop it off anywhere.Though the scooters may be a sustainable alternative to driving a car, a new kind of transportation means new hazards and potential injuries that can come of the trend, thus leading to a dangerous set of risks.

Apparently, some of them have been overheating and catching fire. Lime also mentioned receiving reports about the possibility of their baseboards cracking or breaking after repeated abuse, or if one were to ride off a curb at high speed. The hardware issues aren’t the only problem at hand to consider. There are bound to be Scooter Moped Accident with people on vacation, specifically in areas like South Florida, among others.

While the scooter service provider may have safety regulations included in their application, there is no telling of who will use their helmet as encouraged, who will follow traffic laws, travel individually, and never drive under the influence of alcohol.

A big misconception with scooters is how they are considered safer in comparison to motorcycles just because they may typically weigh less, are smaller in size, have a smaller engine, and can’t run nearly as fast. According to studies, they show that more traffic fatalities, in relation to speeding, take place on roads with speed limits of 35 mph or lower (where powered scooters can ride) than on the interstates with speed limits of 55 mph or over.

A two-wheeled vehicle with a 50cc engine and under does not require a motorcycle license or endorsement in several states. With this being said, chances are that the majority of scooter riders may not have the prior experience necessary on two wheels, nor have any obligation to take on a course to learn how to ride, since the only requirement is a standard state license.

Anyone can easily purchase a scooter meeting the engine criteria and drive through traffic unprepared and unaware.It doesn’t matter if it is a motorcycle or scooter — either way you will be faced with the same types of weather and environment conditions like rain, wind, and let’s not forget the blinding sunshine. You are more than likely going to ride the same roads with potholes while also trying to navigate through the same traffic as other larger vehicles. After all, the smaller wheels on scooters make riders all the more susceptible to react to other hazards such as debris and bumps. It is also much harder to see motorcycles in traffic. With a scooter being smaller it will be just as difficult if not more to see, putting yourself at risk when surrounded by heavy traffic, as other motorists might not recognize a scooter and rider in their path on the road.

Advantages to Riding a Scooter

If you live in a busy city like Aventura, you know how hard it is sometimes to get around in traffic. It is frustrating, to say the least, especially during rush hour. However, some people find a loophole and bypass this headache by riding a motorcycle or scooter. On the surface, it may seem impractical to do so, but it could be a good call, depending on your everyday commute, of course. And of course, you have to think about safety.

Although not as common as car accidents, motorcycle accidents do occur. And when that happens, you need a motorcycle accident attorney to represent you properly. But to focus on the positive, here are a few benefits to riding a motorcycle or scooter in South Florida, namely Aventura. Motorcycles are cheaper to run. Most bikes take up less gas than the average car. The less money you spend on gas, the more money you keep in your pocket. It is worth the investment for some people who don’t mind riding out in the elements.Scooters and many motorcycles are easier to maintain than a car.

The engines are accessible, and a lot of the repairs you can do on your own, or even if you take it to a shop, it won’t cost as much as repairing a car. There are two wheels instead of four, and maintenance time is cut down by half.A lot of fender benders occur while parking. With a motorcycle or scooter, you rarely have that problem. Not too many major motorcycle accidents occur while parking, and even less are the fault of the motorcycle or scooter rider. Not to say it doesn’t happen, but rarely does a parking lot situation call for a motorcycle accident attorney in Aventura. At some point or another, we’ve all had our vehicles towed for parking where we shouldn’t. But motorcycles aren’t like cars, they are harder to tow. With a car, you can just drag it behind a tow truck or drag it onto a flatbed truck.

But a bike is much more difficult to cart off. And if you chain it to a fixture, like a lamppost, it’s even harder to do; harder, but not impossible.One of the biggest advantages to riding a motorcycle or scooter is its flexibility in traffic. You can fit in between cars at a standstill and zip in and out of traffic. But for that very reason, it is extremely dangerous. Most accidents occur because motorcycles tend to be “invisible” to other motorists, especially at night. You may be able to maneuver in time to avoid a Scooter Moped Accident, but you can also take a nasty spill.

When To Consult A Personal Injury Attorney

If you have experienced an injury due to a Lime scooter, do not hesitate to contact Neufeld, Kleinberg, & Pinkiert, P.A, our personal injury attorneys in South Florida handle motorcycle accident claims. Regardless of the differences between scooters and motorcycles, both are two-wheeled methods for transportation that should be ridden cautiously. So be prepared, follow the traffic laws, and stay safe!