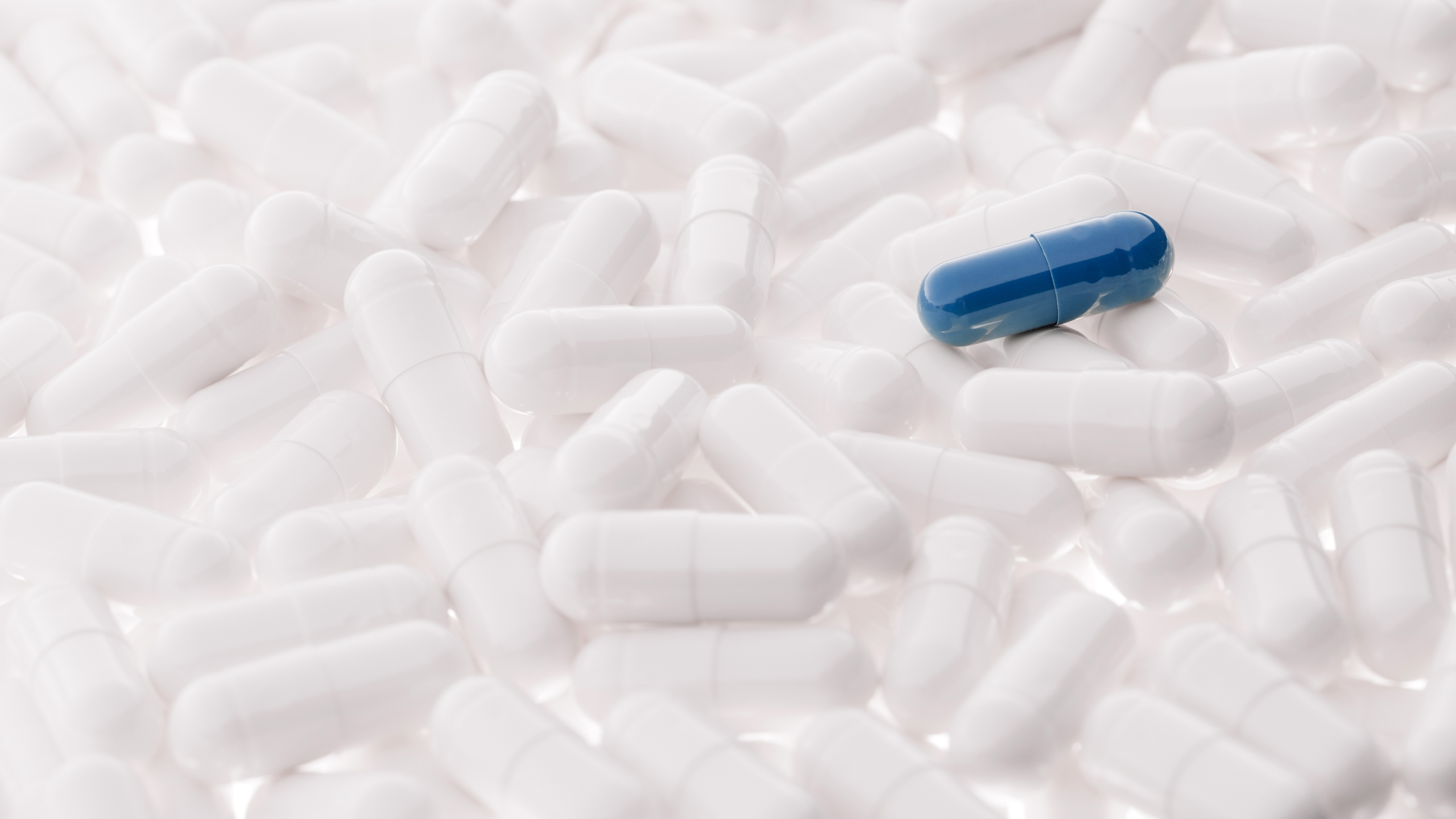 Wrong dose or frequency may be inadvertently prescribed due to writing the wrong unit of measure or using confusing medical abbreviations. A doctor may leave out a critical letter in an acronym or use one wrong letter, so that a drug meant to be taken once every other day, or QOD, may mistakenly be prescribed QID, which means four times per day. Such an error could prove fatal.

This error is caused when surgery is performed on a healthy arm or leg, when an incision is made or when an incision is made in the wrong location. The results can be devastating, such as in the case of amputating the wrong, or healthy, leg. This would still require the damaged leg to eventually be removed, causing the patient to become a double amputee. Mistakes like this can happen for a number of reasons, including;

A misdiagnosis can occur when:

A misdiagnosis can also occur when a patient presents with symptoms common to a number of different illnesses. Without identifying additional symptoms or conducting further testing to rule out one illness or another, a patient may be diagnosed with the wrong illness and be treated accordingly. Some common medical conditions are over-diagnosed, whiles less common ones are under-diagnosedIn addition, symptoms may sometimes be masked or exacerbated by medications, proving it difficult to make an accurate diagnosis. A doctor should always obtain a patient’s complete medical history, including current medications, before making a final diagnosis. If a patient has symptoms common to one illness, the doctor should take note of any unique or unusual symptoms that are not typical of that illness. It may be an indication that the patient is suffering from something else.

Sometimes patients are waiting in the emergency or hospital room for much longer than they should be. This could be due to:

Sometimes there are not enough doctors on site to tend to each patient in a timely manner, especially when there is an overwhelming number of patients who need care simultaneously. There may simply not be enough room or beds for each patient. There could also be a lack of adequate staff, which can cause delays during intake. Treatment delays can also occur when the patient’s symptoms are not taken seriously or misinterpreted as non-urgent. This can be an egregious error, and there have been incidents of patients dying in the emergency room after hours of waiting for treatment.

Complications during or after surgery

There are a number of reasons complications can occur during or after an operation, which can cause complications. For example:

Sometimes a new problem is discovered during an operation that should have been noticed with adequate pre-operative preparation and testing. An incision can be made slightly off its mark, which can cause excessive bleeding. Surgeons should expect the unexpected, and there should always be adequate staff and equipment on hand to handle such situations. The patient should also have adequate follow-up care. Sometimes post-surgery complications result when there are infections at the incision site, when a surgical tool is accidentally left inside the patient, or when prescribed medications cause an adverse reaction.

A doctor should always take all the necessary steps and precautions when preparing a patient for any procedure. The patient should be given full disclosure and be advised of all possible risks associated with the procedure, including the risk that may be uncommon but still dangerous. A patient must always make informed consent prior to any treatment procedure. Lack of information can mislead a patient to give consent without a full understanding of the risks involved. Sometimes patients consent to surgery that they would not have consented to hand they known all the dangers involved. If a patient suffers a negative consequence whose possibility was known to the doctor but not disclosed to the patient, the doctor can be held liable for medical malpractice.

A patient should be well tended to. A nurse or doctor should make frequent checks on the patient, especially if the patient is frail if an illness is particularly aggressive or the patient has mental problems. An unattended patient can faint, fall and break bones or escape from the hospital room. In extreme cases, patients with mental conditions can, when left unattended, cause harm to others or themselves. A patient can commit homicide or suicide. Any patient with a history of mental disorders should be under constant supervision.

Sometimes the very machines that are supposed to save lives simply don’t work. A faulty heart defibrillator, for example, might not deliver the requisite shock, or a heart monitor can be on the fritz. Patients exposed to faulty machinery can be seriously injured or die. Machines that run on batteries should be routinely checked and the batteries frequently replaced. Intravenous, or IV, drips should be checked often to make sure they are not dislodged. Old or outdated equipment should be replaced. All hospital machinery, especially tools and equipment that are not often used, should be frequently serviced and maintained to make sure they are in proper working order when they do have to be used.Hospital staff should be trained so they know how to properly use all equipment.

Training should be frequently updated, especially when new machines are delivered. Improper use can also lead to equipment failure. A machine might be plugged into the wrong device or give incorrect readings based on misuse.Sometimes patients are implanted with devices like pacemakers or hip implants that don’t work or stop working after some time. The full dangers of certain implants are not discovered until after they have already been inserted into the patient. Other times the device is faulty to being with but not sufficiently examined. Either scenario can lead to a lawsuit for liability against the hospital, doctors and other medical staff.

Sometimes patients complain of problems that are mistaken for common, non-threatening conditions. These patients may be discharged with a simple prescription for pain medication and instructions to follow-up if problems persist. The patient may not be given anything more than a blood test. Lack of further testing can lead to an incorrect diagnosis and early discharge. Sometimes doctors underestimate or ignore the severity of the patient’s symptoms.For example, a patient complaining of severe lower abdomen pain may be discharged without a CT scan, even though a blood test reveals a slightly elevated white blood cell count.

While this indicates the body is fighting something, a doctor might dismiss it as nothing serious and discharge the patient. That patient may, in fact, have an inflamed appendix, which a CT scan would reveal. Without the CT scan, the discharged patient can die of a burst appendix.Unfortunately, patients who do not have insurance or adequate financial means are likely to be the victims of insufficient testing, misdiagnosis and early discharge.

On the other side of the coin is too much testing. Some patients are over-tested and exposed to unnecessary tests, some of which are very risky. A patient complaining of arm pain or a headache should not be immediately subjected to a number of tests without further questioning and prodding. Unnecessary x-rays can cause too much unnecessary exposure to dangerous amounts of radiation, which can significantly increase a patient’s risk of getting cancer. The same is true with CT scans. CT scans and MRIs both use a day the can damage the kidneys. Extra testing can also cause infections and other adverse effects.The doctor should administer high-risk tests only when absolutely necessary to determine what is wrong with the patient and only after standard testing proves inadequate.

The patient should be advised of why each test is being performed and what the risks associated with each test are.Medical professionals are bound by an oath to protect patients and not cause them harm. They should take extreme care to follow all procedures and be attentive to the patient’s needs at all times. Medical errors can cause irreversible damage and death. It can also lead to lawsuits.If you or a loved one are the victims of Medical Errors such as one described above, be sure to contact the law firm of Neufeld, Kleingerg, & Pinkiert, PA. They will evaluate your case and determine whether you have a viable claim for liability. Do not suffer in silence.