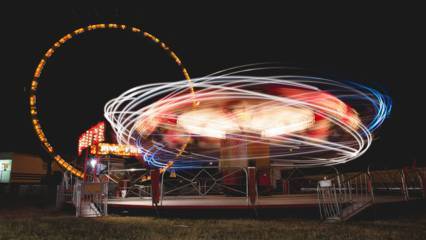 What does a Premises Injury Claim Consist of?

Premises Injury Claims: Since the housing crisis struck several years ago, many more individuals (and families) have shifted from home ownership to renting. It is therefore of growing importance for all residents to understand their legal rights as they relate to their landlord, including their right to recovery when it comes to possible premises liability claims.

Florida follows an Open and Obvious Doctrine, meaning that when an injury is caused by an apparent condition, the landlord will not be held accountable for damages. However, such hazards are not absolutely barred, because landlords also have a duty to maintain their properties in a safe condition.Landlords have the following duties:

Premises Injury Claims: Certain questions must be asked in order to determine if a landlord can be successfully sued

For example, if a tenant falls and breaks his ankle on a broken stairway, the landlord will be liable if the tenant can show (1) that it was the landlord's responsibility to maintain the stairway as a common area; (2) that the landlord knew the problem existed; (3) that the landlord failed to fix the problem within a reasonable time; (4) that the hazard resulted in a serious injury that was foreseeable; (5) that the broken stairway actually caused the injury; and (6) that the tenant was legitimately hurt.If all of these tests are met, a tenant can recover the following damages against a landlord: medical bills, lost earnings, pain and suffering, permanent disability, disfigurement, emotional distress, and damage to personal property, such as a broken watch or broken glasses.

In the case of a spouse, a claim for loss of consortium can also be made.You should also be aware that landlords can be held liable for injuries that occur inside a rental unit due to a landlord's faulty repair or workmanship. In that case, the landlord may be liable for the defect, if said defect causes a serious injury to occur.The best way for landlords to avoid potential losses from injuries related to maintenance and repair is to keep the property in good shape. Always prepare a written checklist, and go through the common areas of the property on a regular basis, as well as checking the tenant units before tenants move in. Landlords should also encourage tenants and employees to report any security or safety issues immediately. Keeping a written record of all reports, and showing when and how the problems were resolved, will help keep the building and the tenants safe.Sometimes we are suing a different kind of property manager for negligence...

I should start by mentioning that, statistically speaking, roller coasters are very safe there is approximately one injury for every 24 million riders. However, roller coasters and other theme-park rides seem to be getting taller and going faster to attract thrill seekers.In 2013 and 2014 there seemed to be an uptick in roller coaster accidents/incidents. You may recall reading about the Universal Studios coaster Rip Ride Rocket, which stalled and caused people to be stuck in an awkward vertical position for hours. Another ride at Universal Studios had theme-park goers stuck upside down! In Texas, a Six Flags Theme park roller coaster had a safety harness fail mid-ride, flinging a theme-park goer out of her seat (unfortunately she did not survive and a wrongful death suit is pending). At Cedar Point in Ohio, a log-flume ride flipped over after falling backward injuring seven.

How Dangerous are Amusement Parks?

Does the NBC news article highlight the fact that there is no real organized source of data to answer some very simple questions: How dangerous are amusement parks? or How often do people get injured at amusement parks? The International Association of Amusement Parks and Attractions (the industry trade group) conducted a survey and, of the approximately 200 amusement parks that responded in 2011, over 1200 people were injured on rides. Most of the parks did not respond to the survey at all or responded incompletely. Compare the IAAPA report to the Nationwide Children's Hospital in Ohio, which says that over 92,000 children were injured on amusement-park rides and roller coasters between 1990 and 2010.The Consumer Product Safety Commission (CPSC) used to track the number of deaths due to the theme park or carnival rides (52 deaths between 1990 and 2004), but they no longer collect mortality data.

They did report that, in 2011, over 37,000 people were sent to emergency rooms. Of those, approximately 36,000 were released and a little over 1,000 were admitted to the hospital. The CPSC regulates portable rides such as the ones that you see at county fairs and carnivals, but they have nothing to do with standard fixed rides such as the ones found at Disney World, Universal Studios or Busch Gardens.When a wrongful death or amusement park injury occurs, and that injury occurs on a ride, it will be generally due to improper ride maintenance, inspection or a failure to warn. A theme-park injury may originate with a ride manufacturer's product defect which would give rise to a product liability claim.However, plenty of people are injured at theme parks or carnivals and those injuries have nothing to do with the actual rides.

The owner/manager of the park has an obligation to maintain the general premises in a safe condition. Inadequate security, broken stairs or handrails, uneven pavement, insufficient lighting in the parking lot may also be evidence of general negligence that would give rise to a premises-liability claim.Of course, all these rides have posted rules make sure you follow them (yes, actually keep your arms and legs inside the vehicle at all times; and do not ride if you're not at least *this* tall, etc.)

Whether you, or someone you know, is injured at the Dade County Youth Fair, Santa's Enchanted Forest in South Florida; or Halloween Horror Nights at Universal Studios; or at  Disney World in Orlando, call the theme park injury lawyers at Neufeld, Kleinberg & Pinkiert, PA with offices in South and Central Florida.