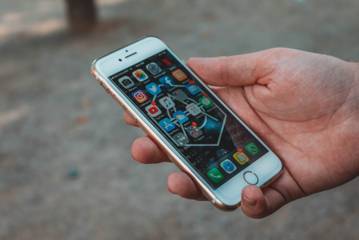 Social Media Use can interfere with your case: Facebook, Google+, Twitter, Pinterest, and Instagram. Never before have the minutia of our lives been so well documented. But with social media becoming increasingly pervasive (as you take a picture of your lunch now), it is starting to impact the outcomes of personal injury cases.

Please understand that your privacy settings are a false sense of security. Investigators can access just about anything you post on the internet. Furthermore, it may be discoverable through a subpoena. In the personal injury/slip and fall case: Nucci v. Target Corp, the 4th DCA, an injured plaintiff's privacy setting only allowed the plaintiff's friends to view her pictures.

But the court ruled that the relevance of the pictures posted on the injured plaintiff's social media page outweighed the plaintiff's privacy interests.In Judge Gross's words, essentially, there is no expectation of privacy:

In a personal injury case, where the plaintiff is seeking intangible damages, the [jury] is required to examine the quality of the plaintiff's life before and after the accident to determine the extent of the loss. From testimony alone, it is often difficult for the [jury] to grasp what a plaintiff's life was like prior to an accident. It would take a great novelist, a Tolstoy, a Dickens or a Hemingway to use words to summarize the totality of a prior life. If a photograph is worth a thousand words, there is no better portrayal of what an individual's life was like than those photographs the individual has chosen to share through social media before the existence of a motive to manipulate reality. The photographs sought here are thus powerfully relevant to the damage issues in the lawsuit.

So when someone posts a picture with a drink in hand, at a bar or club, along with the caption: Party time at LIV!!??? several months after they were in a serious car accident or trip and fall injury somewhere an insurance-defense lawyer grins, ear-to-ear.While I have tremendous respect for Judge Gross, I disagree on this particular point. It is unfair for a defense lawyer to be able to take a singular photo from the internet to try to prove that someone's life is really grand and pain-free or to show that they are somehow lying about being in pain caused by the negligence of another. Social media outlets, such as Facebook and Instagram, are clearly not an accurate representation of anyone's life.

Posting Updates to Your Social Media Relays a Message to the Public About One's Quality of Life.

Let's face it; generally, people post pictures as an ego boost (look how much fun 'm having, look at this great vacation I went on, look how many friends I have, blah blah blah). So people only post the most polished representations of themselves amplifying the good and glossing over the bad. Few people post pictures of themselves when they are in pain, depressed, or when they have just lost their job.A good example of this was when a young female, high-school aged, a client of Neufeld, Kleinberg & Pinkiert, PA was severely injured; as in, almost-died-in-the-trauma-center injured. She went through multiple surgeries and would need additional surgeries well after her personal-injury case was over.The defense, in this case, was able to find a picture of her, months after the injury, smiling, looking like she was having fun, next to several other girls at a high school party.

They threw it up on the big screen in court, while conducting their direct examination of our client, in triumph, as if to say, hey jury, we told you she was lying, look at how much fun she's having don't award her any money.???In this particular case, it backfired. I'll explain how we made the defense lawyers look foolish: First, I should point out that we were never trying to argue that this young girl would never *smile* again. You, the reader of this blog post, could have your leg amputated and, after some period of time, would eventually find a reason to smile.

This was just a girl trying to have as normal of a life as possible. In this case, on cross-examination, we put up a few pictures of our own: (i) a photo of our client missing her front teeth (before fake ones were put in); (ii) a picture of all the pain medication she had to take to function on a daily basis; (iii) we pointed out that the pictures of her, without her teeth, with scars beneath her clothes, of her not sleeping, of her depressed, feeling that she would never be attractive to another boy were not the type of pictures she was likely to put up on Facebook; (iv) we brought out the fact that no one on the defense was Facebook Friends??? with our client (eliciting the feeling of how creepy it is for a bunch of 50-something-year-old dudes to hack a high school girl's Facebook account to access her photos).In the end, the defense paid up a lot of money.

Under these circumstances, we were able to apply some jiu-jitsu techniques (used our opponent's force against them). But we would have rather not needed to deal with the pictures. Because next time, a juror could have fallen for the defense trap, assumed our client was exaggerating or lying and the verdict might have come back differently.So heed this warning. Especially if you have been injured and are bringing a personal injury claim.

In the next personal injury lawyer blog post, I am going to discuss some of the ethics involved with social media because, in the aforementioned Nucci v. Target Corp. case, discovery showed that, after the defense requested access to Facebook photos, the plaintiff removed 36 of them before complying. Had the personal injury lawyer instructed the plaintiff to do this, the attorney may have breached an ethical obligation.‍

By: Jason Neufeld. Jason is a personal injury lawyer with Neufeld, Kleinberg & Pinkiert, PA. He can be reached at 305.931.6666 or jneufeld@nkplaw.com