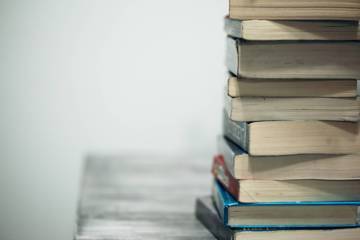 Medical Malpractice frequently happens. A few years ago, a Florida doctor was lost his medical license and was taken to court because he accidentally amputated the wrong leg on a sick patient. According to the doctor, both legs were so diseased and sickly looking that he couldn't tell which leg was the leg. He further said that it was only a matter of time before the other leg would need amputation as well.

But it does not change the fact he cut off the wrong leg. The doctor had numerous opportunities to confirm the correct leg prior to the procedure, including a last-minute chart look at the chart in the operating room which stated the leg that should be amputated.It wasn't until mid-surgery when a nurse realized the doctor had made the mistake.

By that time it was too late. The doctor also previously amputated another patient's toe without that patient's permission.Having to lose a part of your body due to illness is not easy. It is one of the most difficult in life a person may have to endure. But when the medical professional administering care makes a mistake, not only does it change your life drastically, but it can affect you mentally.

In the state of Florida, the lawsuit for medical malpractice starts two years after you have discovered the injury or up to four years after the malpractice took place. If you sue the healthcare provider after four years, you may not have a case. There is one exception though if a healthcare provider was concealing their malpractice and deliberately defrauding you. If this is your case, the statute of limitations will be two years from the time your injury was discovered and up to seven years after the malpractice occurred. These laws don't apply to minors with cases that started before their eighth birthday.

You can receive compensation for damages caused by a medical professional's negligence. Some of the most common malpractice damages include:

When it comes to taking action against doctors in Florida, there is not much done. It is a slow process that may lead to nowhere. Doctors with medical malpractice charges are allowed to continue seeing other patients. The system is just too slow to discipline these doctors after a medical malpractice settlement.A recent investigation by the Sun Sentinel shows that:

Prosecuting Doctors in Florida Can Be Difficult

There are several reasons for delaying prosecution, including patients unwilling to cooperate and doctors who simply moved out of state. Many of these cases are complex requiring the intervention of a qualified attorney. Unfortunately, many victims of medical malpractice don't fight and these doctors get away with murder. The only way to re-drive compensation for your losses is to sue.Many cases are currently pending. Hundreds of them drag on while medical errors continue to increase.

Doctors with pending medical malpractice cases keep making the same mistakes and nothing is done to correct the situation. These doctors should be disciplined but they are not.While it is true prosecutors are overworked, that's not a valid excuse to allow professionals in the medical field violate the code of ethics and get away with it. There are only 28 attorneys currently handling about 800 cases in Florida. Many Florida doctors with medical malpractice charges keep practicing and evidence expires. If you are a victim of medical malpractice, the sooner you and your personal injury attorney can work together, the better for your case.

If you were to find yourself in this tragic scenario, one of the first things you need to do is contact a personal injury attorney experienced in medical malpractice who can handle your case with care and compassion, but also with conviction. The medical malpractice attorneys at Neufeld, Kleinberg & Pinkiert, PA have been serving clients in the South Florida area for years.